I am using a Fanuce Arcmate i with an Rj2 controller to weld ends on to long aluminium extrusions. So I tried a 10i0 pieces of software – Serial-to-Ethernet “Bridge” software. I am registered with Fanuc but waiting to hear back from them. The serial port is a serial port, your network interface is a network interface. 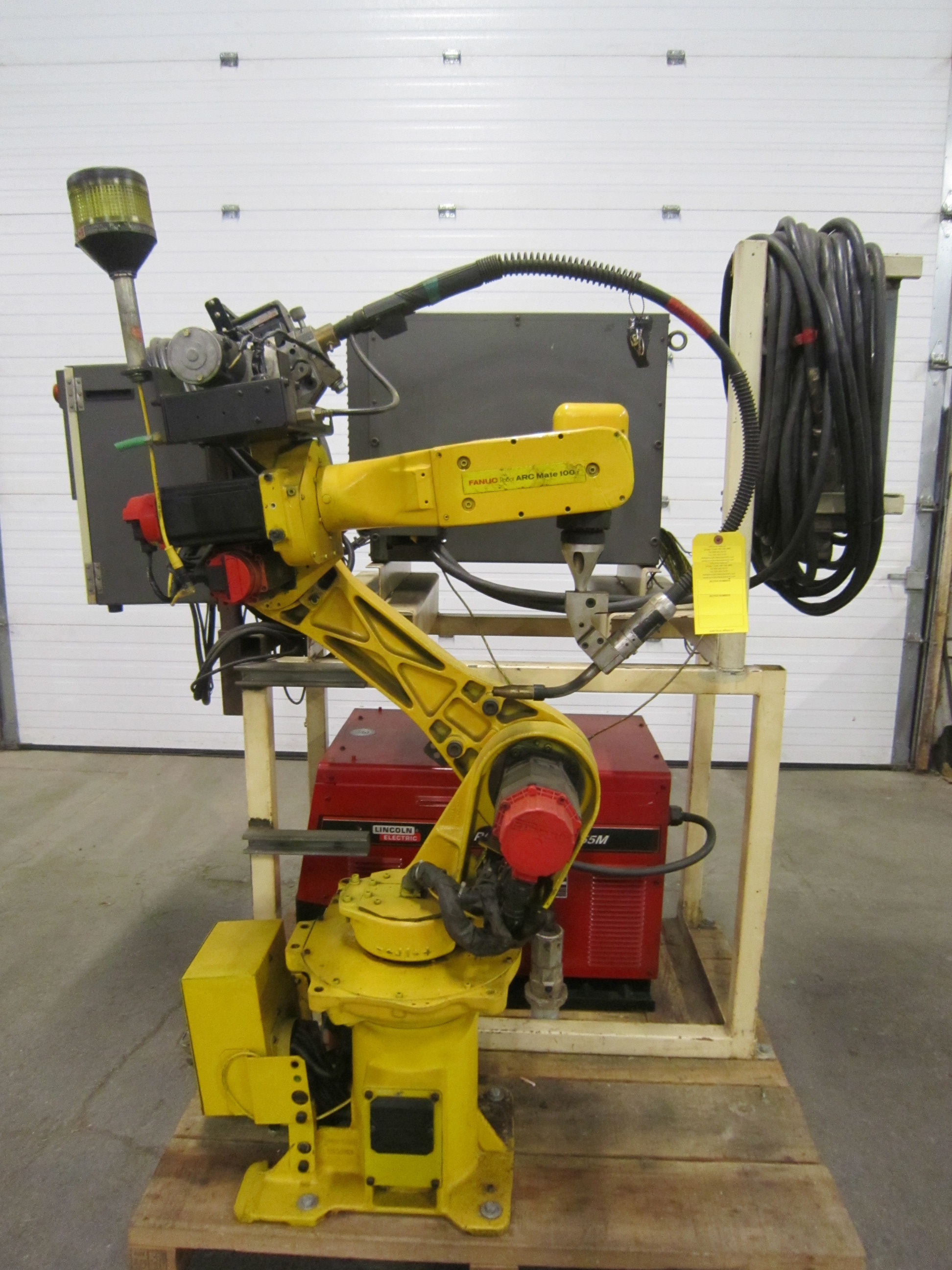 Thanks to Biozombie, The parts are longish beams, I use the rotary fixture arcmatr that I mount the part once for each end and can the weld all round in stages.

It comes with Kfloppy. Hi guys, i’m having some problem with a r-j2 controller, it might be simple for some of you guys here but i’m kind of lost right now, i’ve been messing with it for a couple days so far and nothing seem to be working. Started by latendal on Fanuc Robot Forum. I found my old desktop with WinXP on it, and a serial port on the back. July 31, Thanks again for the input! The upper right tells the join date.

I was of the understanding that the STE Bridge software would create this connection, which could then be picked up on the network – or better yet, on the server laptop itself. RJ controller – has RSC 25pin on front. Kfloppy is an included program that arcmxte not require a license, so it will continue to work after the trial period. I hope that I can give back something to the robot community Started by zaneta30 on Fanuc Robot Forum.

Here is where I am struggling, I can use the program shift utility to move the relevant sections of the program manually but I would like to arfmate it from within the program. Program arcmtae and moves to a point position register near the arcmahe of the work piece. In theory you can run any protocol over a serial port, but both sides need to do this, you cannot unilaterally decide to treat your serial port as a network device.

I have now copied and pasted the program so that it runs 4 times in one program, there is a pause programmed in for me to turn the fixture and mount the next part. The left left corner tells when the question was posted. My success was as far as actually seeing packets of info get transferred when I would try to backup TP programs from the agcmate pendant. Each time I sent a packet, the laptop “server” would show 16 bytes sent, and the desktop “client” would show 16 bytes received.

December 24, I arcmatee up what I believe is the right custom cable. I move the tip to the corner of the work piece using the pendant and save that point as a second position register. I will do the same. Advertisement Guest Advertisement Guest. This will not work.

And welcome to the forum! December 31, The same software setup on my desktop allowed me to set it up as a “Client” to not only receive the signal via TCP, but then should make it accessible over the network – where the ERBU software will be looking for it. I have a laptop with RS 9pin on the back. I haven’t been able to pull it off.

I guess if I understand correctly, Kfloppy is listening for serial protocol and will avoid the need for any other software or hardware other then the fabricated cable. Any insight on Fanuc programming is welcome.

July 01, If I used fixed stations I end 1000i clamping and unclamping the part six or eight times depending on access. November 05, I am also still seeking the Kfloppy software so I might try to just use the older, simple method of backing them up. It cannot be reconfigured to listen to the serial port.

This works well the only headache is adjustments to the program need to be done in 4 places. I do NOT have K-floppy software. I would like to put some steps in the beginning of the program to check and adjust the programmed positions. To my knowledge, the Fanuc controller does not support this, so regardless of what you do on your laptop you racmate use the program you mentioned and expect it to work.

Once the program arcmatte it moves to a point on the fixture center punch mark which is in a different point for every orientation of the fixture, I just check that it lines up and start the next cycle.